What to do When Your Custody Order Isn't Working Any Longer. 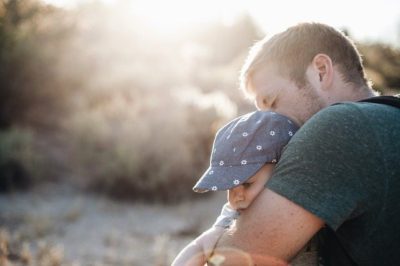 A well-written custody order is a legally enforceable guide that lays out what is supposed to happen between co-parents; however, when one or both parents is resistant to the court’s determination as to the best interests of the children, it can often result in on-going conflict. One, or sometimes both, co-parents may decide to take matters into their own hands, enforcing a visitation schedule that doesn’t follow the custody order.

When that happens, the aggrieved mother or father has three choices:

Which option is best depends on how well the co-parents are able to communicate, how severe the denial, and for how long the pattern persists. If your co-parent isn’t following the Custody Order it is wise to consult a family lawyer to weigh your options.

My Custody Order Isn’t Working With My Schedule

Custody orders are written based on a specific cross-section of time. They are generally based on parents’ existing work schedules under the assumption that circumstances will continue in the same way. However, this is increasingly a false assumption. Parents are changing employment more frequently, particularly as they settle into life after a divorce. This means that often, the existing custody order won’t work with the new schedule.

In order to change a custody or parenting time order, the parent requesting the change must demonstrate “proper cause or a change in circumstances” since the last order. How significant that change of circumstances needs to be depends on whether the requested change simply rearranges the overnights awarded to each parent or goes so far as to change custody. An attorney can help you gather the evidence to demonstrate a change in circumstances and adjust your custody or parenting time order to better match the schedules of parents and children alike.

My Kids Have Outgrown My Parenting Time Schedule

As children get older, their homework responsibilities, extracurricular commitments, and work schedules can all make it difficult to maintain parenting time schedules written when they were younger. In addition, teenagers often try to take visitation into their own hands, refusing to spend time with their parents.

The custodial parent may see this as an opportunity to make adjustments, since the custody order isn’t working for their children; however, the change in circumstances needed to file a motion to change parenting time, and especially custody, must be something beyond the normal progression of life. While some judges and referees will entertain arguments that a child simply refuses to follow the order, others will say it is up to the parents to enforce the rules in their households.

As Americans become increasingly mobile, parents often take positions that include relocation. Before custodial parents move children out of state, however, they must first get either:

Even when the parties agree that the move is in the best interests of the child, a family law judge often must determine an appropriate parenting time schedule in light of the parties’ new circumstances. A skilled family law attorney can provide recommendations to maintain a child’s relationship with a far-away parent, and argue in favor a parenting time order that is realistic for the parties involved.

When an existing custody order won’t work anymore, it is up to the parents and their family lawyers to find a solution. When negotiations fail, a skilled domestic attorney can take the matter to court and aide the judge in determining what changes are in the child’s best interests.