How to Divide Debt in a Michigan Divorce 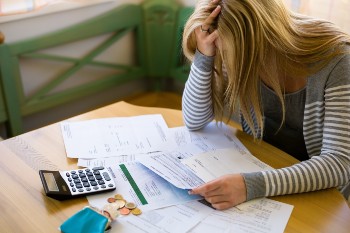 Everything must be divided when a marriage partnership ends. You may want more of some things, such as property and time with your children, and less of other things, such as debts.

Our Michigan family law attorneys are here to help you prepare for your future, which includes the equitable division of marital debt.

Generally, separate debt is debt that was incurred before marriage. Separate debt remains the financial responsibility of the person who incurred that debt and is typically not divided in a divorce.

Marital debt, however, may be divided during a Michigan divorce. Marital debt is debt that either or both spouses incurred during their marriage.

The court may consider:

While your divorce agreement establishes a legal obligation for debt repayment, creditors may still have a claim against both spouses. This means an ex-spouse’s failure to pay a debt could impact your credit score.

Let Our Divorce Lawyers Help You Protect Your Financial Future

The division of marital debt is just one important factor in your Michigan divorce case. Our experienced and compassionate Bloomfield Hills divorce lawyers are here to guide you through the whole process. Please text, call, or complete our contact form to learn more.