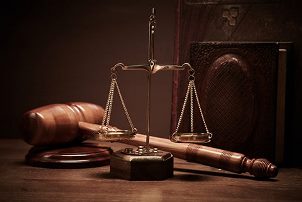 The Michigan Sex Offender Registry Act was first created in 1994 as a confidential database of sex offenders to be used by law enforcement. It required criminal defendants convicted of certain sex-related offenses – from Criminal Sexual Conduct, 1st Degree (known as rape) down to public nudity – to register with the police.

Over the years, the legislature made the Sex Offender Registry increasingly public, leading some civil rights advocates to see the Registry as a form of public shaming. In addition, between 2002 and 2006, amendments to the law increased reporting requirements and prohibited registrants from working, living, or “loitering” within 1,000 feet of the school.

In 2011, the law was amended again to comply with the federal Sex Offender Registration and Notification Act (SORNA), 42 U.S.C. §16901 et seq. It created three tiers of registrants based on the nature of their convictions. The higher the tier the longer, and more frequently, they need to register. It also imposed a $50 annual registration fee. Miriam Aukerman, with the American Civil Liberties Union of Michigan told MLive.com:

“Michigan’s sex offender registry is broken, and this ruling affirms that sad fact … Michigan families deserve public-safety measures that actually work–not a failed, ineffectual registration system that stigmatizes people who are not a threat. It turns out that an ineffective registry and an unconstitutional registry are the same thing. Both squander resources on those who aren’t dangerous.”

What Was Wrong With SORA?

In March 2015, Hon. Robert Cleland, the U.S. District Court Judge for Eastern District of Michigan, agreed with at least part of the ACLU’s position. The judge struck down four portions of the Michigan’s Sex Offender Registry Act:

The District Court Judge found that the provisions were too vague to be enforced. It raised questions on how the 1,000-foot geographic exclusion zone was to be measured and what it meant to “loiter.” Registrants also didn’t know how often they must use a phone number, email address, or vehicle before they must be registered.

The District Court judge did not, however, agree with the civil rights advocates that SORA’s 2011 amendments created retroactive punishment in the form of lifetime registration for Tier 1 offenders.

How Did The Court Of Appeals Get Involved?

Both the SORA registrant plaintiffs and the Snyder Administration appealed the decision. The Court of Appeals’s decision became the first to say that the Michigan Sex Offender Registry Act was a punishment. Its opinion said:

“As the founders rightly perceived, as dangerous as it may be not to punish someone, it is far more dangerous to permit the government under guise of civil regulation to punish people without prior notice.”

What Does it Mean That the Supreme Court Denied Certiorari?

The Snyder Administration appealed again, asking the U.S. Supreme Court to look at the retroactivity concerns. However, on October 2, 2017, the Supreme Court denied certiorari, refusing to hear the case. The order denying leave to appeal ended the dispute, leaving the lower courts’ opinions in place and ending any stay that prevented them from going into effect while the case on appeal. Effectively, the October 2 order finalized the finding that SORA was unconstitutional.

Those convicted of sex offenses should not take this as an all-out victory, however. There are already efforts in the works to revise the statute and remove the unconstitutional parts of the law. What the Supreme Court’s decision ultimately means for SORA registrants is now in the hands of the Michigan Legislature.

The Cronin Law Firm has experienced Michigan attorneys to aid with whatever legal issue you’re facing. If you have been charged with any form of criminal sexual conduct, contact The Cronin Law Firm today to schedule a consultation.